This weekend is the peak time to view the annual Perseid Meteor shower, which is visible in our sky through July and August. This is an awesome time of movement and magick that can contribute tons of positive energy to your magick.

Last night the Witch n’ Bitch and I started our book for August – Star Magic by Sandra Kynes – and talked about ways to use star magic and harness the energy of the meteor shower. 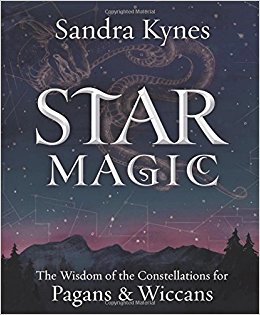 First things first – the Perseids are a meteor shower consisting of pieces from the Swift-Tuttle comet. They’re so called because they appear to come from the constellation Perseus, the Hero and Returning God of Light. On a clear night, and during the peak weekend, the perseids can produce more than 60 streaks of beautiful light an hour.

Perseus was one of the greatest heroes of greek mythology (he’s Hercules’s grandfather aaaand brother?), and is most recognizable as the slayer of medusa. He also slayed the sea monster and rescued Andromeda and her mother Cassiopeia – which of course are two constellations that border Perseus. Although this constellation is categorized as a winter constellation in Star Magic, it’s no coincidence that the meteor shower takes place in Lughnasadh season, since Perseus and the Celtic god Lugh share lots of traits and a similar origin story! This makes observing and enjoying the Perseids a truly season affair, and one that should be on every witch and pagan’s calendar.

There are lots of ways to use the energy of stars and star magic, but when it comes to shooting stars there’s one type that is recognizable to everyone – wishing! Wishing on a shooting star is as easy as waiting to see a meteor shooting across the sky and making your wish, putting your intent into it. It’s usually customary to try to make your wish before the shooting star is out of sight.

If you want to harness the swiftly moving energy of shooting stars on a more long-term basis, consider making a jar of shooting star water. Simply put some clear water in a mason jar outside and hold it while you watch and enjoy the perseids. Instead of making individual wishes, focus the intention of manifesting your dreams into the water. If you want something to say (even if it’s not out loud) Scott Cunningham has a short and sweet spell for wishing on shooting stars that I love – “Meteorite charge my rite!”. When you go to bed leave the water outside under the stars, or put it in your window. The next day you can use the water, or if you want to preserve it consider adding a little alcohol and put it in droppers for use in potions or as an elixir you can take for when you need to make a big wish.

You can also use your wishing water in the following spell!

I have to admit that I’m cheating a little bit. This spell was totally, totally inspired by THIS Full Moon Dream Drop Wishing Well by Penniless Pagan. This idea is so sweet and whimsical, I thought it would work beautifully with the energy of wishing on a star.

🌠 After you make your shooting star water, sit under the stars again – or if the perseids are over picture them in your mind. Remember that the water itself offers a connection to the meteor shower, so even months later it will be a potent tool for wishing. Tap into that energy.

🌠 Choose a few wishes – don’t get greedy – and write them on your stones or shells with permanent marker. Try to pick single words like “freedom” (which is a big theme this season), “harmony”, “love”, etc. You can also create full-length affirmations, use those to create a sigil, and inscribe those on your stones. If you don’t want to physically put something in the water, you can also transfer your wishes to the water through meditation. Direct your energy by imagining light, using your wand or athame, or putting your water on an altar and directing the intent into it during your own ritual.

🌠 Get comfortable with a view of the sky. Hold your wishes (or the intent of your wishes) in your projective or dominant hand, and your jar or wishing well in your receptive hand. If you meteor shower is going on, put a wish in the wishing well every time you see a shooting star. See that wish coming to fruition in your third eye. Continue until all of your wishes are in the jar. When you’re done you may say a spell or prayer, or simply say “Meteorite, charge my rite!”.

🌠 Leave your wishing well outside over night to sit under the meteor shower. If you used a physical method to add your wishes, pull those out of the water and return the water to the earth. If you infused your intent into the water energetically, you can add water to a room spray, floor wash, body spray, or even as an elixir to be taken internally. Use it to grant your own wishes!

🌠 Fun extras! As you can see, I put my jar inside of a lantern candle holder, and decorated it with glow int he dark star stickers, and blue craft crystals. I also put 2 crystals that make me think of the stars between the glass and lantern so it can also function as a crystal elixir! The large stone is Galaxyite and the small one is Blue Goldstone. If you don’t plan to consume the water it’s totally ok to add glitter or confetti to your water, but if you return it to the earth be sure to remove anything that doesn’t biodegrade.

In the Witch n’ Bitch, we’re currently working to choose our own STAR OF POWER. If you have one, connect with your star before you begin to make your wishes. You may even consult your star, or use star scrying divination to choose your wishes! You can find out more about both of these from Earth, Air, Fire & Water by Scott Cunningham. 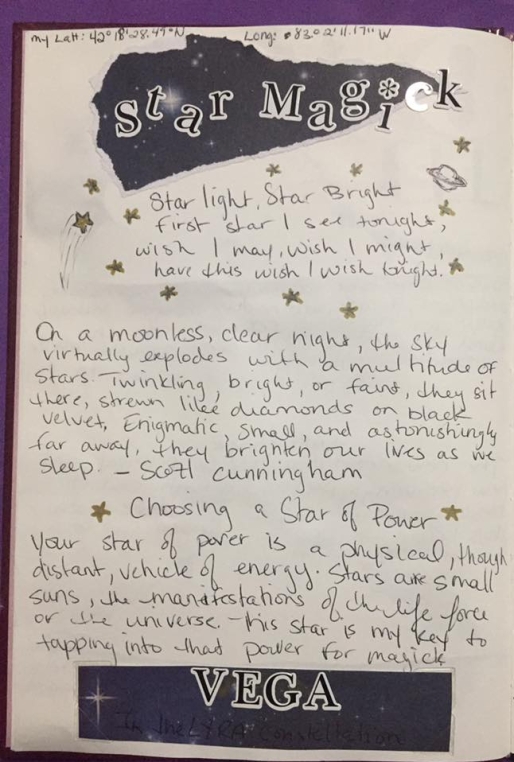 Do you plan to watch the meteor shower? Do you use Star Magic? Let me know!

It’s too late to get goodies in the mail, but there’s still time to join the discussion on Star Magic and learn to use Galaxyite and Palo Santo in the witch n’ bitch this month! Go to patreon.com/thefatfeministwitch and “Wear Something Black” to join! 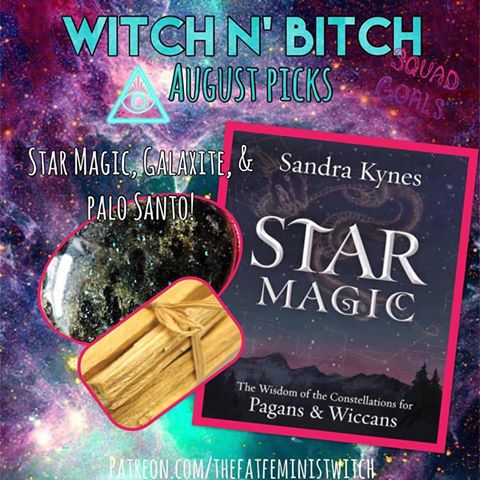